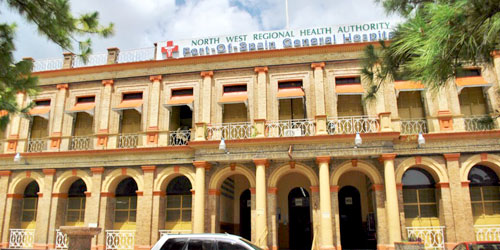 The Port of Spain General Hospital (POSGH) was established in 1855 and is one of the major institutions under the purview of the North West Regional Health Authority (NWRHA).

Nestled in the heart of the city, this secondary, tertiary and teaching facility was the first to offer healthcare services in the country.

With a bed capacity of five hundred and seventy four, the POSGH provides a wide range of services and specialties.

These services include 24 hour emergency care, maternity care, surgeries and rehabilitative care to inpatients and outpatients for both the surgical and medical specialties.

Numerous support services which include laboratory, radiology and pharmacy services are also offered.

Healthcare techniques combine the traditional with the most modern to provide a superior quality of care within the region.

We're not around right now. But you can send us an email and we'll get back to you, asap.